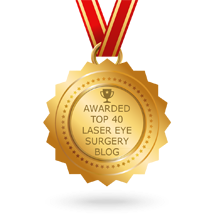 The Difference Between LASIK and ASA

If you’re considering laser eye surgery, you may not realize that there is more than one option to improve your vision. Sometimes LASIK is used as a blanket term used to describe any procedure that corrects common vision problems including nearsightedness, farsightedness, and astigmatism. And while LASIK is an excellent option for many, ASA (or Advanced Surface Ablation) can act as a great alternative to LASIK while still giving patients the same long-term results.

Both ASA and LASIK correct your vision by changing the shape of the cornea, but they do so in slightly different ways. With LASIK, a laser is used to prepare the cornea for treatment, while ASA is performed by removing the epithelium (outer skin of the cornea) and the laser is applied to the surface of the cornea.

In LASIK, a thin flap is cut from the surface of the cornea using a blade or laser. Your doctor folds back this flap so he or she can access the interior of your eye, then removes tissue from underneath it with a laser. This reshapes your eye so light rays focus correctly on light-sensitive cells at the back of your eye — correcting nearsightedness, farsightedness, or astigmatism. The flap is put back into place and heals over several days. Most people who undergo LASIK don't feel pain during surgery but may experience dry eyes afterward due to decreased blinking reflexes caused by the procedure itself.

LASIK is a great option for many people, but it’s not always the right choice. If you have dry eye or other ocular surface diseases, you may not be a candidate for LASIK. If you have thin corneas, LASIK may not be safe for you.

If you are not a candidate for LASIK, your doctor may recommend an alternative procedure called Advanced Surface Ablation (ASA).

When should I choose ASA over LASIK?

If you are not a candidate for LASIK, then ASA may be the best option for you. ASA is an alternative treatment to LASIK that uses a bladeless laser to safely reshape the front surface of the eye. It is performed in the same way as LASIK by creating a flap through which the laser reshapes the front surface of the cornea without making any incisions to the eye. The difference between ASA and LASIK is that ASA uses a different type of laser (called Femtosecond Laser) than traditional lasers used in LASIK.

If you’re interested in finding out what option is best for you and the health of your eyes, the most important first step is to select your surgeon. Do your research, and choose a surgeon such as Dr. Kenneth Lindahl, that is fellowship trained in refractive surgery, which is a very focused subspecialty of ophthalmology. This additional training is what enables Dr. Lindahl to determine not only if a patient is a candidate for vision correction surgery but to also customize the ideal procedure for each individual patient.

Both procedures are very common and have helped millions of people get the vision they desire.

Book your LASIK Consultation before the end of December and get $600 off.

Want to learn more about LASIK? Come to our next free LASIK Seminar. 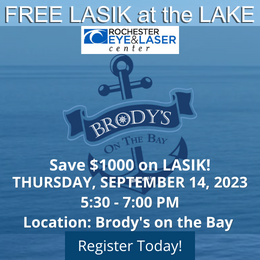 Note: Due to HIPPA regulations, communication with our office through this website is not for the purpose of asking questions regarding a particular health concern or issue, and neither future patients nor active patients should use this website as a method to gather advice or make Rochester Eye & Laser Center aware of any medical condition that requires attention All such communication should be strictly made by telephone. Although we attempt to answer all communication through this website, there is no guarantee it will be electronically delivered in a timely fashion, and we cannot guarantee a response to all submissions.

Third party pixels, including Facebook, may use cookies, web beacons, and other storage technologies to collect or receive information from our website and Google Ads on the Internet and we use that information to provide measurement services and target ads. If you would like to opt-out of the collection and use of information for ad targeting, you can go to http://www.aboutads.info/choices and http://www.youronlinechoices.eu/ to learn more.